Take in a show, a museum, an interesting tour, some shopping and admire the sculptures in Millennium Park. They are all downtown Chicago.

Chicago is a perfect spring break  destination whether living out of town or in the city.

Take in a show, a museum, an interesting tour, some shopping and admire the sculptures in Millennium Park. They are all downtown Chicago.

The Museum Campus,  sticking out into Lake Michigan from Lake Shore Drive between 12th and 14th Streets, is among the best places to snap photos of the city’s skyline. But be sure to save time for at least one of its museums: The Field, Shedd Aquarium or Adler Planetarium.

They reward visitors with fascinating exhibits year round. However, they are gearing up for Spring vacationers with either new exhibits or extended hours to see all their special exhibits.

At the Adler, Undiscovered Worlds, a show about finding real planets and stars beyond the Earth’s solar system, opens early March in time for Spring vacation.

Because the Shedd, situated between the Adler and the Field, draws crowds during school holidays, the museum has extended hours from 9 a.m. to 9 p.m. March 26-March 30 and April 1-April 6. Longer hours mean fitting in Jellies, Wild Reef and an Oceanarium show. 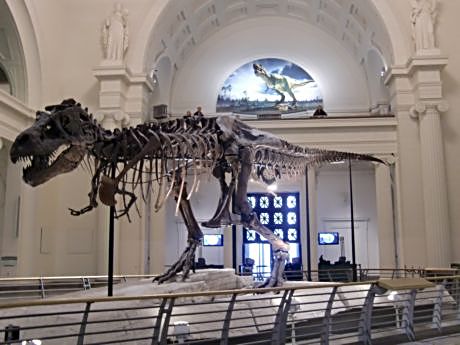 Trolley tours are fine for getting around because you get background info from tour guides. However, if looking for something special consider an architectural Chicago River boat cruise and a movie site tour.

The Chicago Architecture Foundation boat tours typically do not start until the end of April. But you should be able to book a cruise on Wendella and Chicago Tours.

The Chicago Film Tour is a fun way to see parts of Chicago you might not get to such as Wrigley Field in the Wrigleyville neighborhood. The tours start and end on Clark Street between Ontario and Ohio, a perfect spot for people who love Portillo’s Chicago Dogs and their Italian beef. 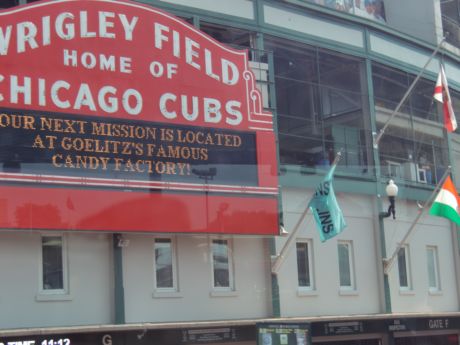 Whatever other places you choose, you should  stop in Garrett’s Popcorn Store in the 600 block of Michigan Ave. If shopping at Macy’s at State and Randolph (Marshall Field’s former flagship store) follow the nose across the street to Garrett’s next to the Oriental Theatre.

Speaking of food (similar to chocolate, in Chicago popcorn is considered a food), families coming to town typically want to try a pizza parlor. Everyone has a favorite so arguments abound. but two places that make many lists for the good deep dish stuff that Chicago is known for are Gino’s East and Lou Malnati’s.

Bordering Michigan Avenue and Randolph Street, Millennium Park draws thousand of tourists who want to see “Cloud Gate,” better known as “The Bean.” They also check out the Frank Gehry sculpture top to the Jay Pritzker Pavilion and the Crown Fountains which spit water late spring and summer.